And here's more for you to chew on...

If you’re wondering why I put “gravy” with some of my foods, here’s the deal. On Sundays when the family would sit down for dinner, there was always a huge bowl of macaroni and gravy. Macaroni was any type of pasta and gravy was any type of sauce that it is mixed with. It doesn't matter if it's tomato based, cream sauce, or an aioli. When the macaroni is made fresh, its about the flavor of the macaroni. Not the gravy. Nowadays, it’s about the gravy. However, I’ll never pass up a fresh macaroni with garlic aioli. 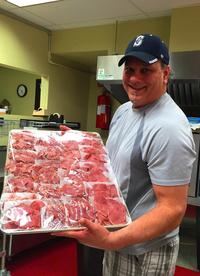 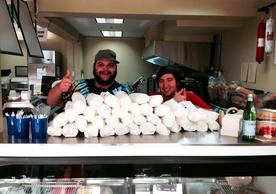 Owners Dave and Deb Cozzie are excited to bring a NY style deli to Salem, Oregon.